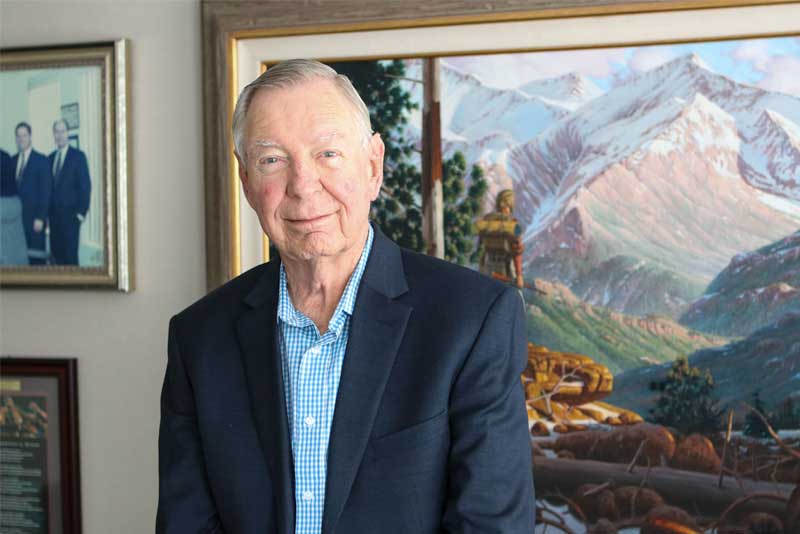 Rock Miralia, Principal Founder & Chairman of the Board

Rock Miralia established Distribution Technology in 1969 and had more than 50 years of experience in logistics management. Rock oversaw the long-term strategic planning for the organization and served as a mentor to his sons, Tom and Mark Miralia. Founded with a mission to operate a closely held business, Rock successfully led the company for nearly forty years. After graduating from Indiana University with a Bachelor of Science degree in engineering, Rock began his career with Johnson & Johnson while earning his MBA from the University of Chicago. From there he moved to Xerox Corporation as a Corporate Distribution Manager, and pioneered much of the change that is evidenced in today’s distribution management processes. Rock was a founding member of the Council of Supply Chain Management Professionals (CSCMP), as well as the Warehousing Education and Research Council (WERC). He was also actively involved as a member of the International Warehouse Logistics Association and the Rotary Club of Charlotte. 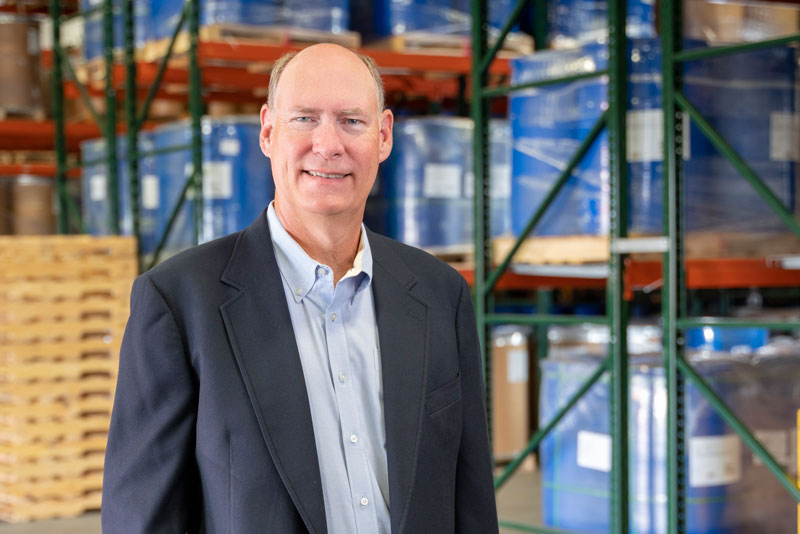 Tom Miralia, President & CEO has an extensive background in successful project design and implementation. Tom was trained in engineering at NC State University, earning his BS degree in Nuclear Engineering. He practiced his specialty for Duke Energy and was involved in project procedure development and testing in support of power plant operations.

After joining Distribution Technology, Tom served as Supervisor, General Manager and Vice President in support of company operations. He handled major projects including design, construction, and setup of warehouse facilities including process design and start-up of the award-winning Gallo Wine Regional Distribution Center and executive responsibility for design, construction, and transition of a new Sam’s Club RDC: also, an award winner for process design and execution. During this time, Tom earned his MBA from Queens University of Charlotte. 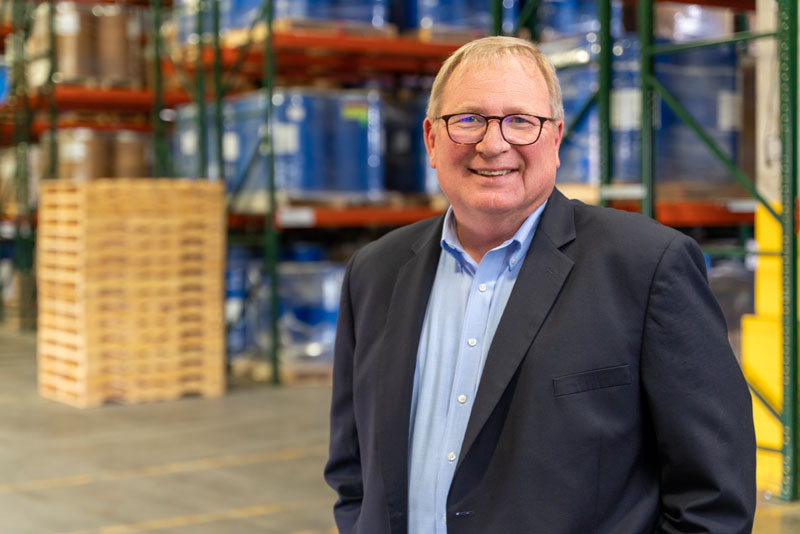 John Moss is the Vice President of Operations. John’s education includes a BS degree in Economics as well as an MBA degree from Radford University. Prior to joining Distribution Technology in 2005, John spent 22 years in the trucking industry where he built a record of success with both national and regional carriers while leading start-up and expansion efforts in the south, Midwest, southwest, and west coast. He is particularly skilled in process management and design, managing by metrics, and quality processes. 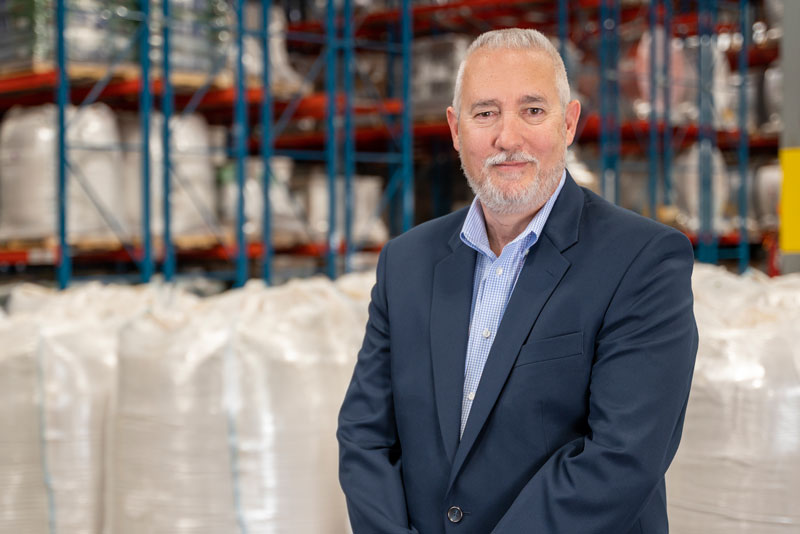 John is assisted in operations, project design and development, and execution by a team led by Robert Hoffman, Director of Operations. In his 30+ years at Distribution Technology, Robert has demonstrated a pursuit of innovation and process implementation that has earned him distinction both inside and outside our organization. 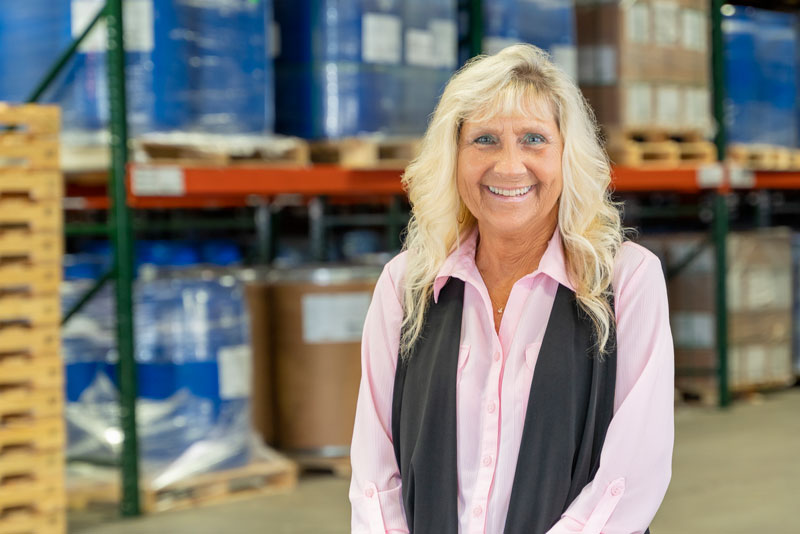 Leading our client support team is Debbie Hinson, General Manager of Client Support, who has over 35 years in the distribution and supply chain industry. An accomplished relationship builder, she utilizes a team approach in planning and directing all client support activities, including the development of operating procedures and ensuring compliance with client needs and regulatory requirements. Debbie attended the University of North Carolina, Charlotte, and Michigan State University’s public warehouse management program. 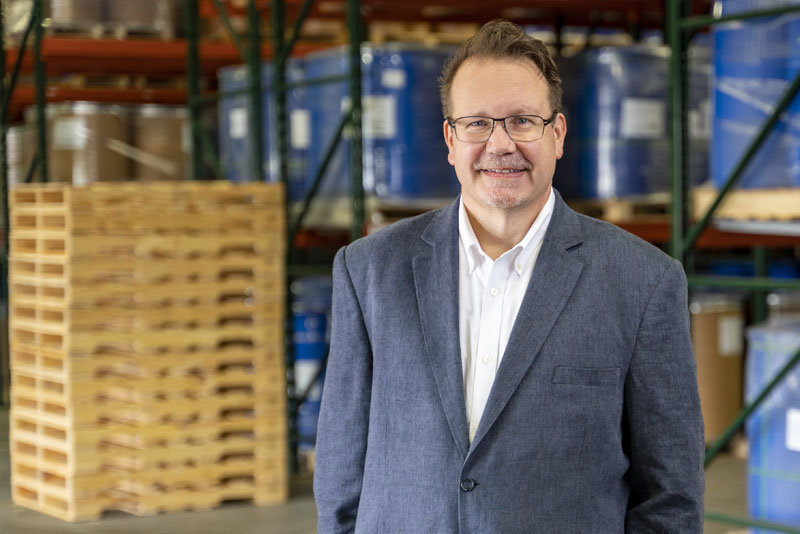 With more than 30 years of experience in wholesale distribution of consumer goods, David Define, serves as the Director of Client Solutions. David’s background ranges from independent retail and small chains to large national accounts, domestic and multinational wholesale and both retail and e-commerce businesses.  He obtained a Bachelor’s Degree in Communications from Western Connecticut State University and is CPSM certified through Florida Atlantic University. 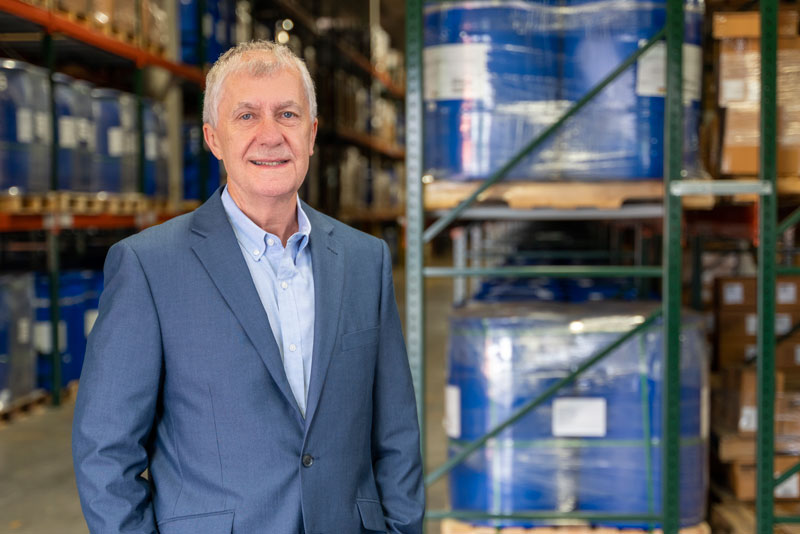 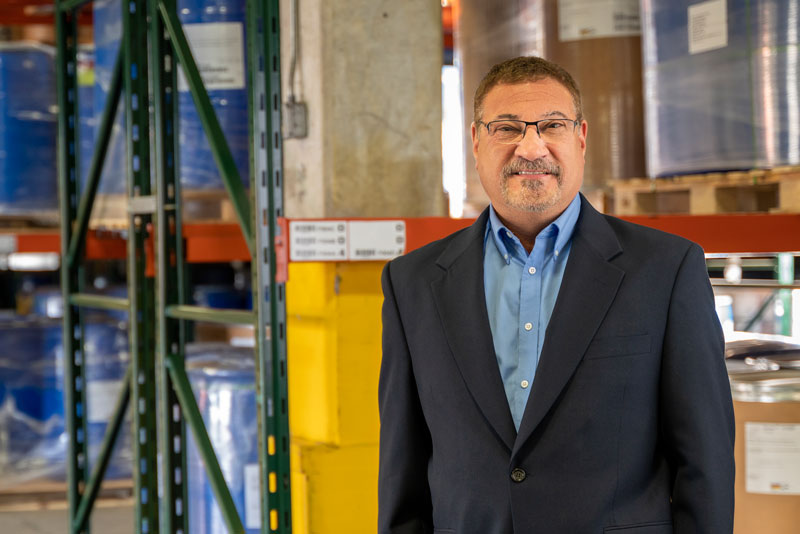 A 28-year veteran in warehousing and logistics, Rick Cantelmo is the General Manager of Business Development at Distribution Technology. His responsibilities include securing and developing new business opportunities, supporting ongoing relationships, and serving as lead negotiator for contractual agreements. Rick joined the team in 1998 as an Operations Manager, after serving as the Operations Manager for both Shoney’s Distribution and Dow Corning Corporation. Rick studied business management at Middle Tennessee State University and is a member of the Warehouse Education and Research Council.

What Our Clients Are Saying

“Great Customer Service….Always customer friendly, supportive and goes the extra mile to get the job done. It’s an absolute pleasure to work with the Distribution Technology Team. They are awesome!”

“Our company has used Distribution Technology for our storage and shipping services for over 14 years. I personally have been involved with the daily activities for over 11 years. DT has the best Customer Service concerning shipping & receiving. They are very quick to respond to any special request I might have concerning a shipment, such as same day delivery, labels added, or pictures taken of freight. Their CSRs are cross-trained so someone there is always familiar with my particular products and service needed. DT is very accurate in their entries and will always contact you if there has been a delay in delivery from a carrier. DT truly makes my job easier knowing I can trust them with my products in storage and shipping.
Thank you DTI for help making our business run smooth.”

“Our company has been working with Distribution Technology since 2015; the service we have received through these years has been outstanding on every level. We trust them with the warehousing of our materials and on time shipments with great customer service, making these movements very easy for us as a customer. Their online platform allows us to view all our material information in real time, very useful tool. We recommend them to anyone local to North Carolina or anywhere in the USA.”

“Our company has been working with Distribution Technology for over 7 years. Of the five warehousing groups we have worked with, DT is the best. They are efficient, cost effective and quick to resolve issues in a professional manner.”

“Order processing speed and accuracy are the most important features we look for when partnering with a 3PL provider and Distribution Technology meets the expectation. They take great pride in servicing their customers and it shows in how well they handle our product. The personnel are professional, organized and always willing to go the extra mile when needed. We’re fortunate to have found a great partner in Distribution Technology.”

“Distribution Technology has been a solid carrier partner with our company for over 10 years and I have personally worked with them for 8 of those years. They consistently deliver to our customers on time, even in “rush” situations. Their team of customer service and dispatch react quickly and effectively in a professional manner 100% of the time even on “off” hours to ensure the needs of our customers are met. DT remains flexible in our ever changing volume demands and comes up with solutions that work for our company and our customers. They are a valuable asset to us.”

“Our Company has been with Distribution Technology for a long time and they have been providing us great service with daily shipment, managing our inventory, great communication and willing to help us with extra requests! We truly appreciate their hard work. We cannot run our company without them!!”

“Distribution Technology has met, and continues to meet, the critical challenge of handling our inventory with accuracy and efficiency.”

“Distribution Technology is a wonderful company to work with!! Our company has been working with them for 17 years now. As we have grown and our product storage needs have changed DT has always accommodated our needs. The Management, Customer Service and Warehouse staff are all excellent to work with. They are always very professional and efficient. I would absolutely recommend DT to any company looking for Warehousing and Logistics Services. We look forward to working with DT for many more years in the future.”